Why hunt club and deer management lead to bigger bucks 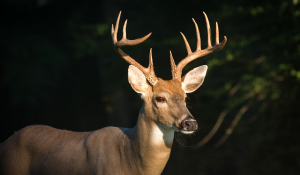 Since 2014, our hunt club in Hamilton County, FL has noticed a trend of high-quality bucks like never before. We have observed over half a dozen deer that have or would have scored over 130” Boone & Crockett. Fortunately, our club has been able to harvest four of these hit listers.

After confirming this trend is not just a coincidence, but a consistent pattern, the question becomes, What Changed? I believe that hunt club and deer management share a unique relationship that can significantly benefit or severely harm a hunting property.

Our hunt club leases 947 acres of timberland from Legacy Wildlife Services near Jasper, FL. The property is not surrounded by row crop agriculture. There is no significant supplemental feeding program or extensive food plots. The deer on this property primarily feed and rely on the native plant communities. Our club consists of 8 members currently who share the property to hunt and access year-round. While some members are more selective than others, we collectively agree to allow bucks to grow into older age classes before pulling the trigger. This means that most members will not harvest a buck each season, even on a good year. However, we participate in the antlerless seasons to fill our freezers. Everyone knows each other and maintains a good relationship throughout the year. Prior to 2013, this property was hunted by more than double the current membership count. Communication and relationships were not as defined then, and the harvest data reflected the mismanagement. 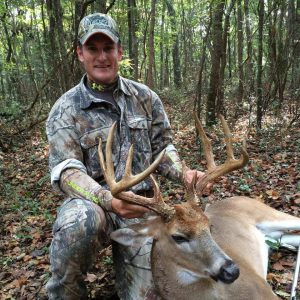 In the fall of 2014, the first mature buck was harvested. This buck was a main frame 10 point which grossed over 133” and we thought this buck would be the cream of the crop forever. While this buck seemed like an anomaly, the club waited patiently for another mature buck to step out for the next three years. There were one or two bucks in that waiting period that met our harvest criteria, but no members ever got a shot. However, there were plenty of young, beautiful 100” bucks that we passed. In 2017, the patience began to pay off. A monster, 142” 8 point was killed in muzzleloader while another 130 class 11-point survived that season. In 2018, that 130 class 11-point turned into a top 10 Hamilton county all-time record buck which grossed over 152 inches. This surpassed all of our expectations and rewarded our discipline and efforts tremendously. The yield of mature bucks continued into this season with a 145 5/8” 10 point. We now have a healthy age class structure to our deer herd with over a dozen 3.5-year-old bucks that would have been on the hit list prior to 2013. 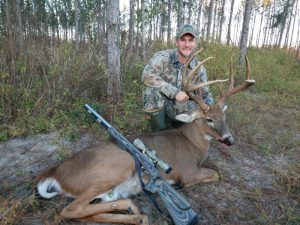 Most hunters in Florida wouldn’t believe the potential that our deer have to offer if they could reach older age classes. As a wildlife biologist for Legacy Wildlife Services, I get to interact with thousands of hunters across the southeast. In my findings, the hardest component for growing mature deer is hunter management. Inside of hunter management is hunter expectations. Every member must understand that shooting a younger buck only reduces future opportunities and there aren’t enough shooter bucks for every member to harvest a buck in a season. Managing hunter expectations is very difficult when members are looking to maximize their hunting investment of time and money. Hunt clubs can get chaotic and difficult to direct, but when organized clubs have a common goal, the results are impressive. While habitat, and deer herd management can improve circumstances, the most limiting factor to antler development in a free ranging whitetail deer herd in the south that I see is age. Furthermore, I detect a strong correlation between organized hunt clubs and healthy deer herds with trophy bucks. 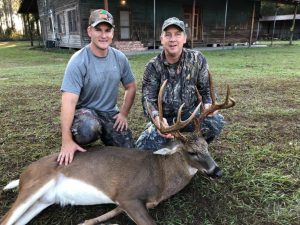 Contact us to learn more about wildlife management on your hunting lease property. Call 877-5-TO-HUNT, or submit our contact request form.